# KUDO Performance Improvement with a Surprise

What could possibly go wrong, right?

Well, Hyrum's Law (opens new window) made sure it's being remembered, and this seemingly simple bump required quite a bit of debugging and a workaround to succeed. This post describes this investigation, the cause of the issue and the workaround.

TL;DR: the performance improvements mentioned above caused the KUDO controller to always win a certain race condition. This turned a deficiency in stateful set controller (opens new window) into a deadlock.

# What is KUDO and KUDO-Cassandra?

Each time the above sequence is performed, it is with a slightly different Cassandra configuration, but that is irrelevant to the subject of this post.

After bumping the version of KUDO controller used when running the tests, it turned out that this test always failed. The failure was a timeout waiting for install (step 1 above) to finish but never on the first execution of this sequence.

Initial inspection showed that the cassandra-instance-node-1 pod failed to schedule due to a missing persistent volume.

I suspected that the reason I'm seeing the failure so reliably is that the timing changed significantly in the newer KUDO version.

I initially attributed this to a bug in the PVC protection controller (opens new window) that was present in k8s 1.15 that KUDO cassandra was using, because the last related Event that caught my eye mentioned this controller. Unfortunately the Events logged by various controllers were not enough to confirm or disprove the theory that this was the root cause.

It was only after a more careful and organized debugging session that I understood what is going on, and realized that the PVC protection controller was working as intended in this case.

The tool which did contain all the necessary information was the kube-apiserver audit log.

Luckily audit logging was already turned on by default by konvoy (opens new window) - the platform we use to deploy k8s - and the CI cleanup step already saved the log dumped by konvoy diagnose.

I only needed to improve my jq skills to be able to understand what it was recording.

First I aggreated the log from three master nodes into a single chronological one with:

The first jq command above prepends the timestamp to each log record, and prints them in a compact form, suitable for piping into sort. The second jq invocation simply strips that timeout and pretty-prints the output.

Next, since I knew the problem was somewhere around Pods, PersistentVolumes and PersistentVolumeClaims, I looked at a chronological overview of mutations of these kinds with something like the following - refining the query step by step as I focused more and more closely on the interesting part:

The first jq command applies various filters on the object reference, and the latter selects the interesting fields and prints them in CSV format.

I used LibreOffice CSV import for viewing and annotating the output in a clear tabular format.

One can also change the latter jq invocation to pretty-print individual records into files by selecting their exact timestamp.

These can also be compared with a diff viewer such as meld (opens new window), to understand the intents of individual mutations: 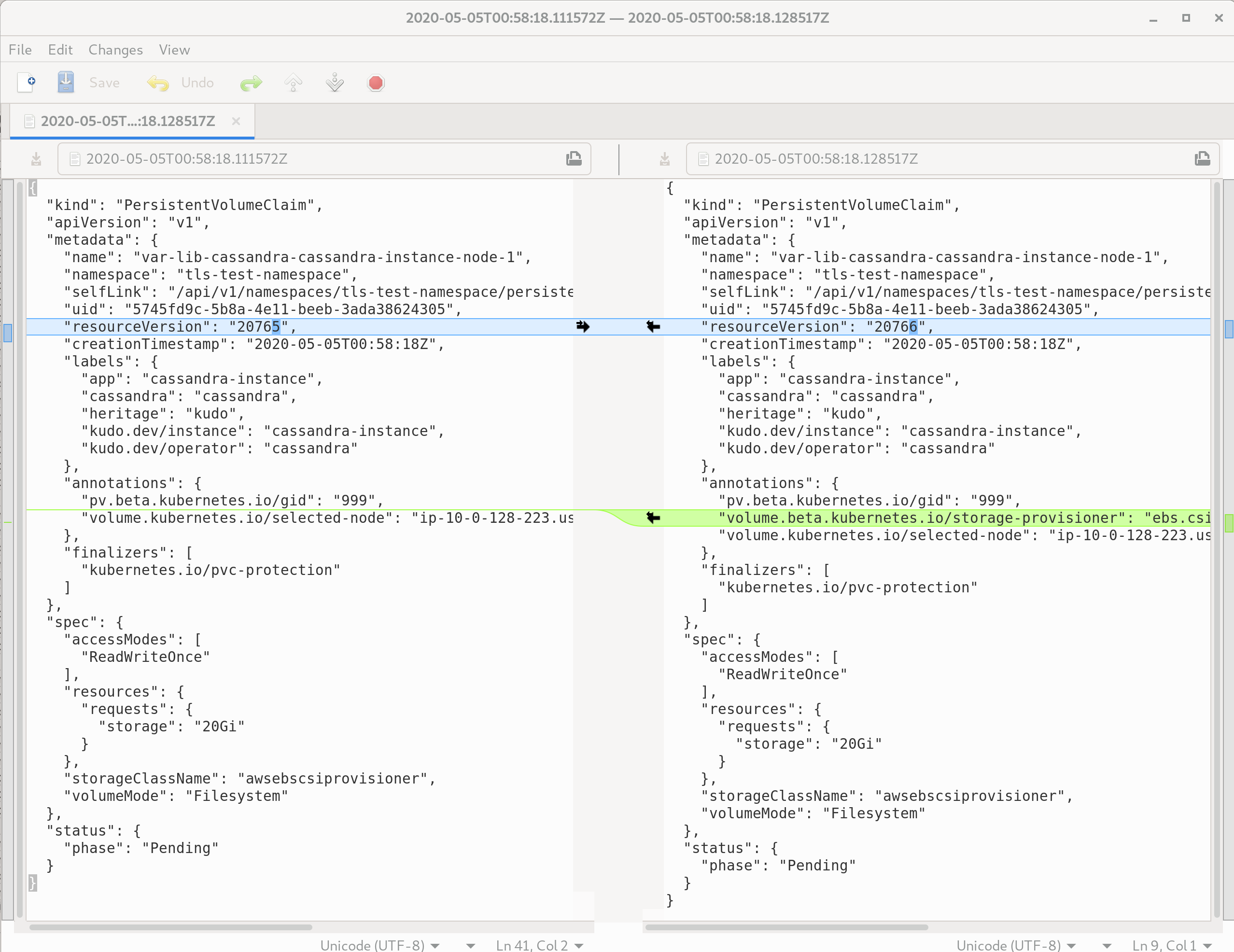 I eventually tracked down the deadlock to happen due to the following sequence of events:

The issue is that now that the pod is created, stateful set controller never considers even taking a look at the PVC, and the pod goes pending forever. This is described (among other things) in https://github.com/kubernetes/kubernetes/issues/74374 and there is even a potential fix (opens new window) waiting for almost a year already...

I still did not understand exactly how the KUDO version bump tickled this issue. But finding out was relatively easy now that I knew what tools to use. I collected the audit log from a CI run on the tip the master branch, which still used KUDO v0.11.0. It turns out that the sequence looks like this in that case:

This time, since the StatefulSet is not modified in-place, the issue is not tickled.

This issue illustrates how a seemingly innocent improvement in a patch release can have a surprising effect. It also helped me learn some skills useful when trying to understand the complex system that Kubernetes is. 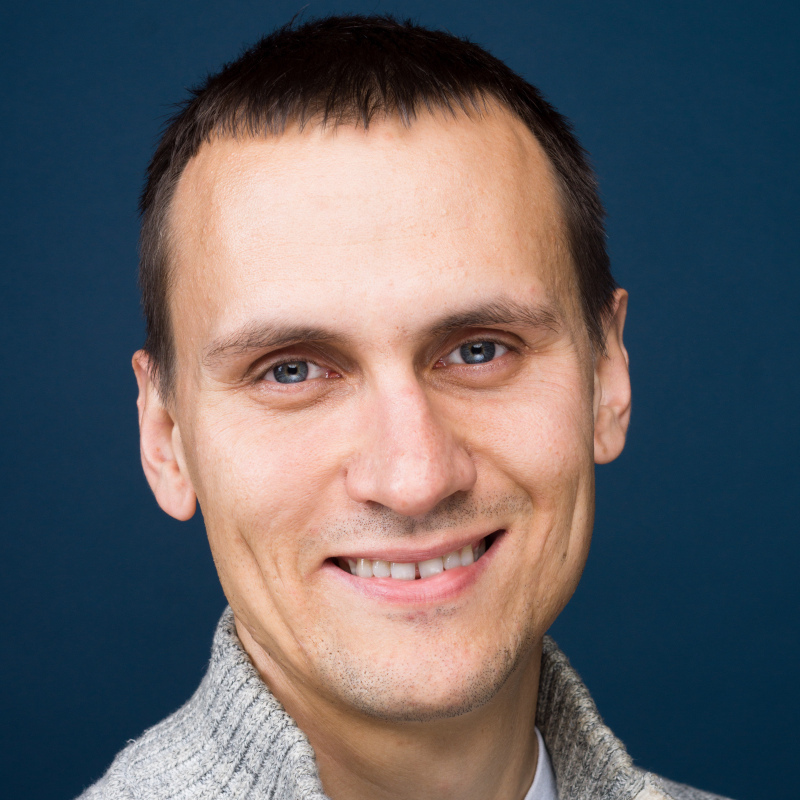 About the author Marcin is the resident SRE on the team. With sysadmin, SRE and software engineer background, he is doing his best to make sure things are running smoothly. He works from his home in the village of Bolechowice, Poland. Find Marcin on GitHub (opens new window)