Today we release KUTTL v0.5.0. Most releases are simply announced, however this v0.5.0 release is so jam packed that it warrents a blog post to help those using kuttl to come up to speed on the latest features. This post will outline the highlights of the v0.5.0 release which includes:

Added to the KUTTL set of commands is assert and errors. The premise behind these commands is while you are writing a new kuttl test, it is common to manually adjust or query the cluster for information as you form the assert or errors files. It is super helpful to "check" an assert file against the current state of the cluster without the need to walk through the entire test steps for that test. It could also be useful to assert a cluster to be ready for testing a set of tests.

As an example, perhaps you have a pod running and you want to confirm it is running. A common kuttl partial yaml file might looking like (01-assert.yaml):

Running a kubectl kuttl assert --timeout 5 01-assert.yaml will provide either a successful response such as: "01-assert.yaml" in "default" namespace is valid or it may provide a verbose output which ends with the details such as:

These examples expect that you have a running kubernetes cluster and that kuttl can connect to it.

The errors command provides the opposite affect, it asserts that the value doe NOT exist in the cluster. Example:

Previous to v0.5.0, KUTTL would always create a test namespace. This works great in environments where you have full control of your cluster, however many orgs were unable to use kuttl for this reason. It is now possible to pass a namespace for kuttl to use. When a namespace is provided, kuttl will use that namespace if it exists and attempts to create if it doesn't. The justification for creation is the test suite would have failed if the namespace didn't exist, if the kuttl user isn't authorized to create a namespace it will also fail.

KUTTL deletes namespaces which it creates. If the namespace was NOT created by KUTTL it does not delete it.

An example run is: kubectl kuttl test ~/projects/playground/e2e/ -n default which will runs under the default namespace.

Prior to v0.5.0, KUTTL provided command expanstion of ENV VARs in commands for TestStep. This allowed for a command that used $NAMESPACE in the command. This lead to requests for use in other areas... In particular newly added features for TestStep using apply, errors and assert. The following is now possible:

This does require that $TEST_FOO is defined.

It is worth noting regarding the expansion of commands that it doesn't have full shell support. For this reason we introduced a new command option script which runs the command in a shell, which provides more shell capability. Example:

There was a feature request to gather more information from the cluster when a test assert fails. A popular request was to enable the ability to get pod logs. That is now possible! It is configured with TestAssert and provides a way to collect the logs from a pod which will be redirected into the test logs.

When configuring a pod, you can select on name or label. You can also explicit specify the container.

This configuration will select on a label of app with a value of nginx and will grab the log output, which is the output from kubectl logs <pod>. It is important to note, that this log output is ONLY captured when an assert or errors failure occurs. If the tests pass, no log is captured.

We've added the abiliy to ask kuttl to provide a test suite report. Currently, by default, no report is generated. While kuttl uses go test under the hood, the output of kuttl is different enough that jstemmer/go-junit-report doesn't work as one would hope. Based on the need for reports, we provide 2 types: JSON or XML. They are the same reports in 2 different formats. The XML report is JUnit report compliant and works with most CI environments. The default location for the report is the current working directory which you are running kuttl from. It is possible to override that with the --artifacts-dir.

The XML output for the e2e tests in kuttl project can be generated in the following way: kubectl kuttl test pkg/test/test_data/ --timeout 10 --report xml and produces the following:

The above are just the highlights. There more to the kuttl v0.5.0 release like better cleanup from a SIGTERM or CTRL+C break and KUTTL Kind support has been upgraded to 0.8.1.

Have a look... keep testing and keep kuttl-ing! 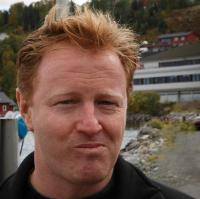 About the author Ken Sipe is a Distributed Application Engineer at D2iQ working on the Orchestration team. In addition to being a committer on the KUDO project, Ken is an author and award winning international speaker on the practices of software architecture and engineering and has been honored with the JavaOne Rockstar Award. Ken is also a contributor to Apache Mesos and a committer on a number of OSS projects including Marathon and Metronome. When not coding or talking about code, Ken is an IFR private pilot, a SCUBA dive master and has recently taken up the art of glass blowing. He is based in St. Charles, MO, USA. Find Ken on GitHub (opens new window) Twitter (opens new window)