Some highlights from this release are:

For KUDO Cassandra, we have integrated Cassandra Medusa (opens new window) to allow easy backup and restore operations. Medusa is a backup system for Cassandra that provides support for backups to Amazon S3, Google Cloud Storage and local storage. At the moment we have only integrated the AWS S3 solution, but can easily add support for the other storage providers, supported by Apache libcloud (opens new window)

With version 1.0.0, it is possible to do a full cluster backups and restore the backups to a new instance of the cluster - it is not possible to restore single nodes, but as Cassandra is a distributed database, a full cluster restore is a more probable use case.

To enable backup and restore functionality, there is a single parameter: BACKUP_RESTORE_ENABLED. This will deploy a sidecar container on each Cassandra Node which contains Medusa. The actual backup is triggered by a Job that execs Medusa in the sidecar.

For a restore, the parameter sets up an init container that will run before the actual C* node container, download the backup and initialize the data for that node.

Details about this feature can be found here (opens new window).

One of the tasks of running a bigger Cassandra cluster is handling node failures and node replacement. There are generally two options for the storage provider. Either elastic block storage, which makes it easy to have the same data available on multiple servers, but limits the performance and is an additional complex software to manage. The second option is local storage, which provides the best performance, but has the risk of data loss in case of failure.

Apache Cassandra is designed to tolerate node failure - as long as the minimum number of required nodes are up and running and the replication factor for a keyspace is setup correctly, copies of the data are stored on different nodes. But local storage requires manual intervention when a Cassandra node really fails. The cluster needs to be informed that a node was lost and was replaced, in case of Kubernetes the persistent volume and persistent volume claims need to be cleaned up, etc.

The node eviction works similarly, but without a Kubernetes node failure. To evict a node the recovery controller watches for a specific label with the name kudo-cassandra/evict on the pods. If this label is found, the handling is the same: The PVC is removed and the pod is rescheduled.

This will set up a Cassandra cluster with two rings of 12 nodes each. Each datacenter and each rack can have specific labels. The operator will set up a stateful set for each datacenter, create the correct rack-dc.properties, adjust the seed node configuration, etc.

Another option to set up a multi-dc cluster is to use EXTERNAL_SEED_NODES to connect two KUDO Cassandra clusters. In this case we would have to deploy two or more instances of KUDO Cassandra, and connect them via the parameter.

The details on how to set up the different versions can be found in the documentation (opens new window).

There are a couple of planned features for KUDO Cassandra, although we are not fully sure about the priorities - If you're going to use or evaluate KUDO Cassandra, let us know what you like or need.

Toggle Tasks (opens new window) were recently added to KUDO and allow easy feature toggles. Using it with the C* operator will allow us to simplify the operator structure a bit.

Transient parameters (opens new window) are another addition to KUDO that are in an early planning stage. At the moment it is not possible to provide transient values to triggered tasks, for example the name of a backup, or the name of a node for a repair job. We can work around that, but having this feature in KUDO would make it less error prone and clearer to use.

This is something that is not sketched out yet, but the use case is pretty obvious: There are a lot of parameters that only make sense if another parameter has a specific value - Setting the BACKUP_PREFIX when BACKUP_RESTORE_ENABLED isn't true does not make a lot of sense. This is again a quality-of-life feature that can prevent errors and provide help to users.

KUDO Cassandra uses a single YAML object parameter NODE_TOPOLOGY to set up a multi datacenter Cassandra cluster. The YAML in this parameter has to have a specific format, but KUDO currently doesn't have any way to verify the format of that parameter value. It might be possible to store that data in a CRD, or add YAML validation to KUDO.

The recovery controller mentioned above is currently a part of KUDO Cassandra, but there is no specific reason for that. The functionality is generic and could be used for any kind of stateful workload. There might be an option to integrate the functionality into KUDO core, or to extract the recovery controller into a separate project that can be used by multiple operators.

As mentioned in the section about the multi datacenter setups, KUDO Cassandra currently uses one stateful set per datacenter. A better configuration would actually be one stateful set per rack, which would allow more customisation, different node counts per racks, more freedom with labels, etc. The Issue (opens new window) proposes repeatable phases or steps which would allow a dynamic number of stateful sets per datacenter. It is a complex feature that might open up a lot of possibilities for operator developers. 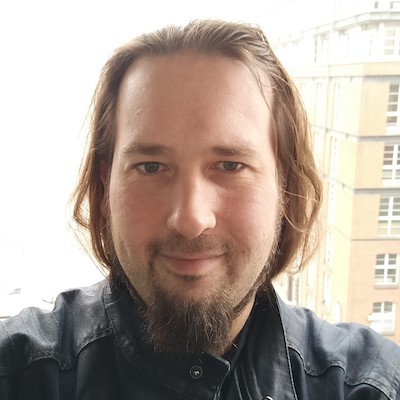 About the author Andreas is a Senior Software Engineer at D2iQ located in Hamburg. He has a lot of experience in game development and distributed systems, rants about Go and Kubernetes and sings in a choir to get back to normal. Find Andreas on GitHub (opens new window)